Amazon To Pay $500m As Bonuses Globally
Spread the love
Abeokuta south , Ogun state capital was shut down on  Tuesday, 22nd of Jan, 2018 for the rally and ward to ward campaign of the house of Assembly hopeful under the platform of Labour Party honorable Igbalaye Wasiu Ayodele (IWA) .
Labour Party supporters across the state were seen carrying placards and other promotional materials for House of Assembly Candidate at the rally held at Ijeun Titun, Ilogbo, Sodeke and Itoku market in Abeokuta South Constituency 2.
Bigwigs stormed  the rally to canvass for votes for the candidate of the party in the March 2 house of Assembly election  and declared that the party would resist rigging as allegedly being plotted by the opposition parties. 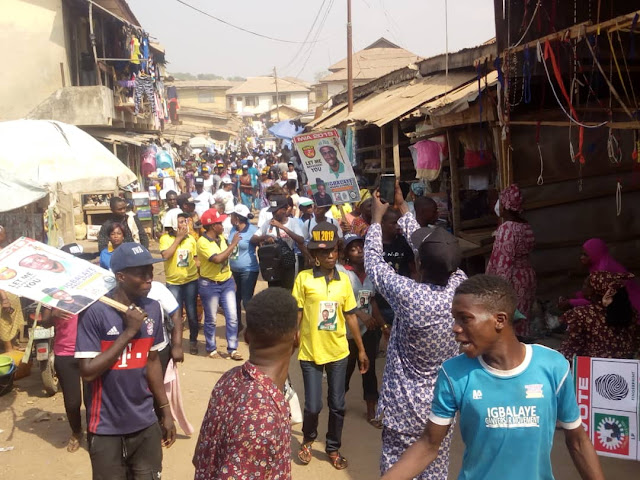 Addressing the mammoth crowd, Abeokuta south local government chairman Engr Sultan Sani  said, “By the glory of God, Abeokuta South people are very peaceful and we can see the clear demonstration of love for IWA the income house of Assembly. He urged supporters not to  vote for other parties but labour party  .
“We believe Abeokuta South Constituency 2 is full of people with the highest level of manpower and professors. Our youths are very strong, innovative and resourceful and not lazy, they are leaders of tomorrow. 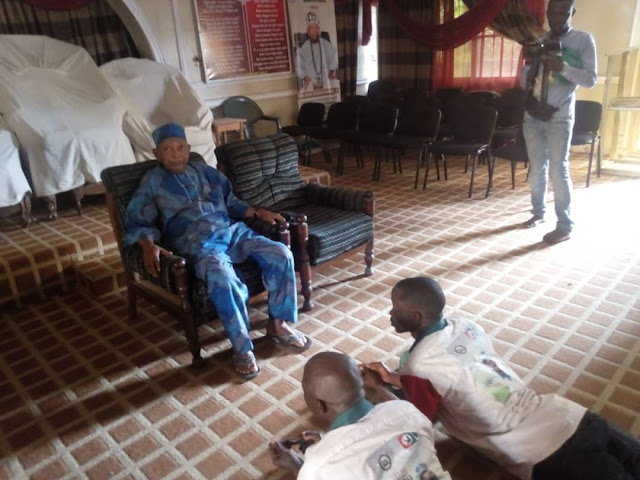 However, igbalaye Wasiu Ayodele Received  blessings from Oba Michael Omolade, the Olubara of Ibara  at his residence , He prayed for Iwa that all ancestors of ibara will make him to win March 2 election, Oba Michael said i am happy to Receive you because you’re a youth, He said we need to stop voting for old age people and support youths.
He adviced  IWA to continue doing good as his name implies and he should pass a reasonable bills for us when he get to the office, he added.
IWA while addressing supporters at the event promised to transform Abeokuta South constituency 2 if elected  by providing drugs for our health care centers,  gives out empowerment to youth, give widows at least 5 thousand naira every month, he added.
IWA urged the Labour Party  members and supporters to shun violence but to use their votes to defend their rights.
Leaders of ethnic groups, Okada riders, road transport unions and National Union of Local Government Employees also attended the event.