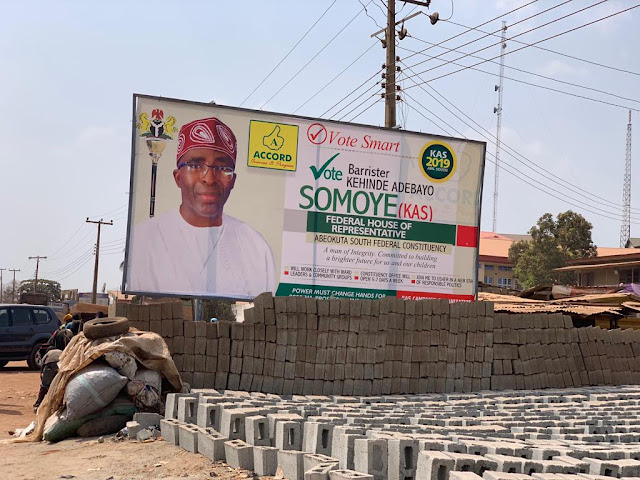 The House of Representatives Hopeful for Abeokuta South Federal Constituency under the platform of ACCORD party, Barrister Kehinde Adebayo Somoye who is conducting a very strong campaign, has accused the opposition for destroying his campaign materials stationed at different areas within Abeokuta South Federal Constituency. The campaign materials include: posters, flex banners and billboard. The last campaign material destroyed, which was noticed early this morning (February 8, 2019) was his campaign billboard which was stationed at MFM Bus Stop, Asero, Abeokuta.
Somoye appeals to the opposition parties not to make election do or die affair. He also said he would not be discouraged but rather emboldened to continue to take his message of hope, accountability and transparency in government to the people of Abeokuta South.

2019: Pro-democracy Group warns US, EU, UK others against imposing Atiku through undemocratic means